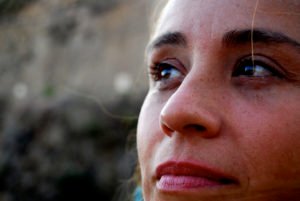 I was born in May 1968 in Cordoba and, although I lived in different places, I belong to the landscape of the Sierra Morena. I have always been interested in the secrets of the human heart, and for this reason I write poetry. I am a clinical psychologist and I am a postgraduate in psychological research. I gave clinical and psycho-educational treatment in the penitentiary environment and I was a researcher for some years. Now I work as a psychotherapist. My jungian therapeutic orientation leads me to bring consciousness to psychic symptoms in order to transcend them and move along an individuation process of autorealization. I am interested in holistic forms of intervention based on a more integral approach than the prevailing biomedical one. I believe in psychology as a tool for social change, since any improvement we may wish for this world starts with ourselves. Being involved in other projects that work for social, ecological and spiritual change helps me to keep learning by sharing my resources. My poems also describe me; Here I one for you form “Todo lo Sabe la Tierra” (in Spanish)